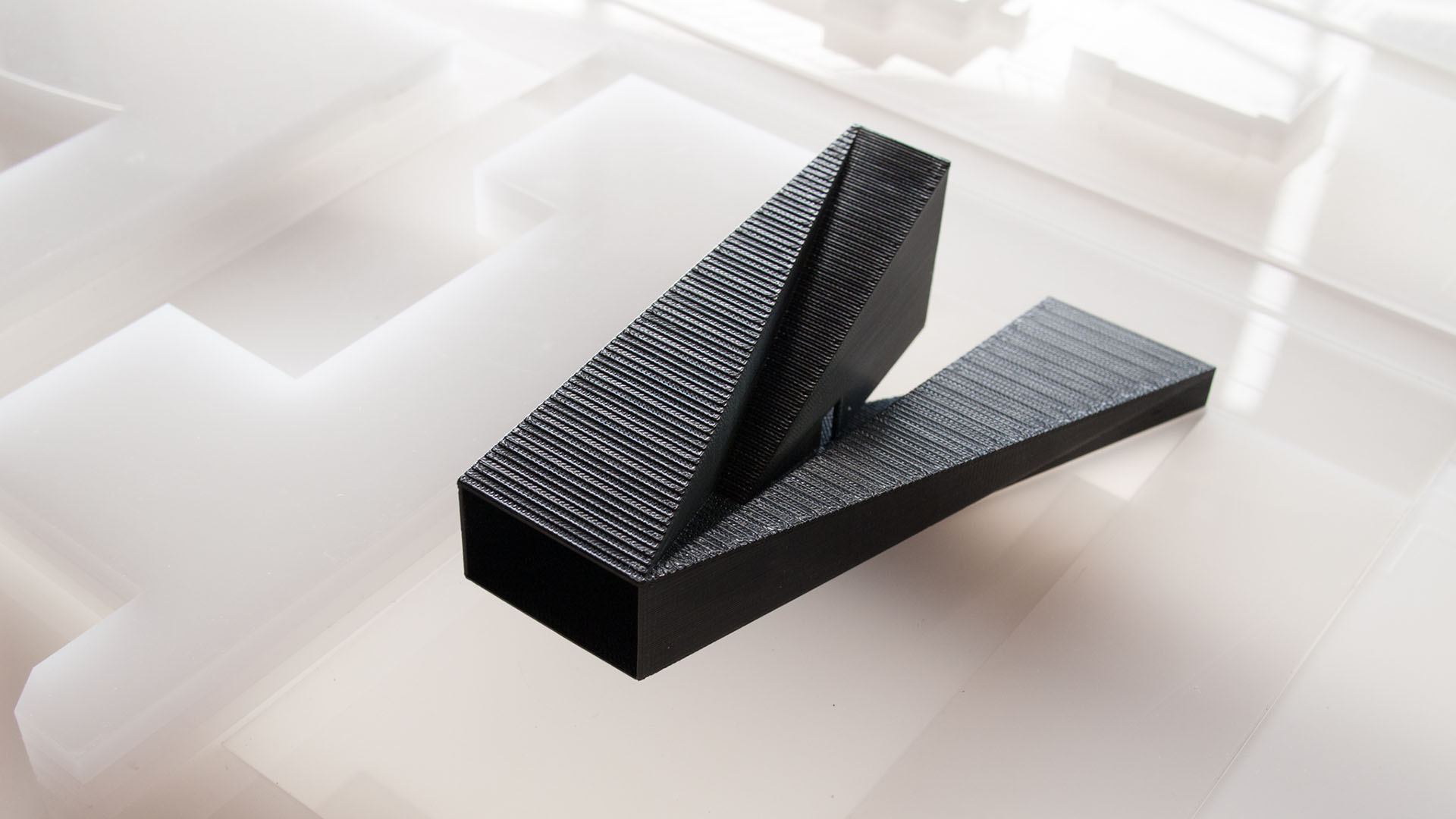 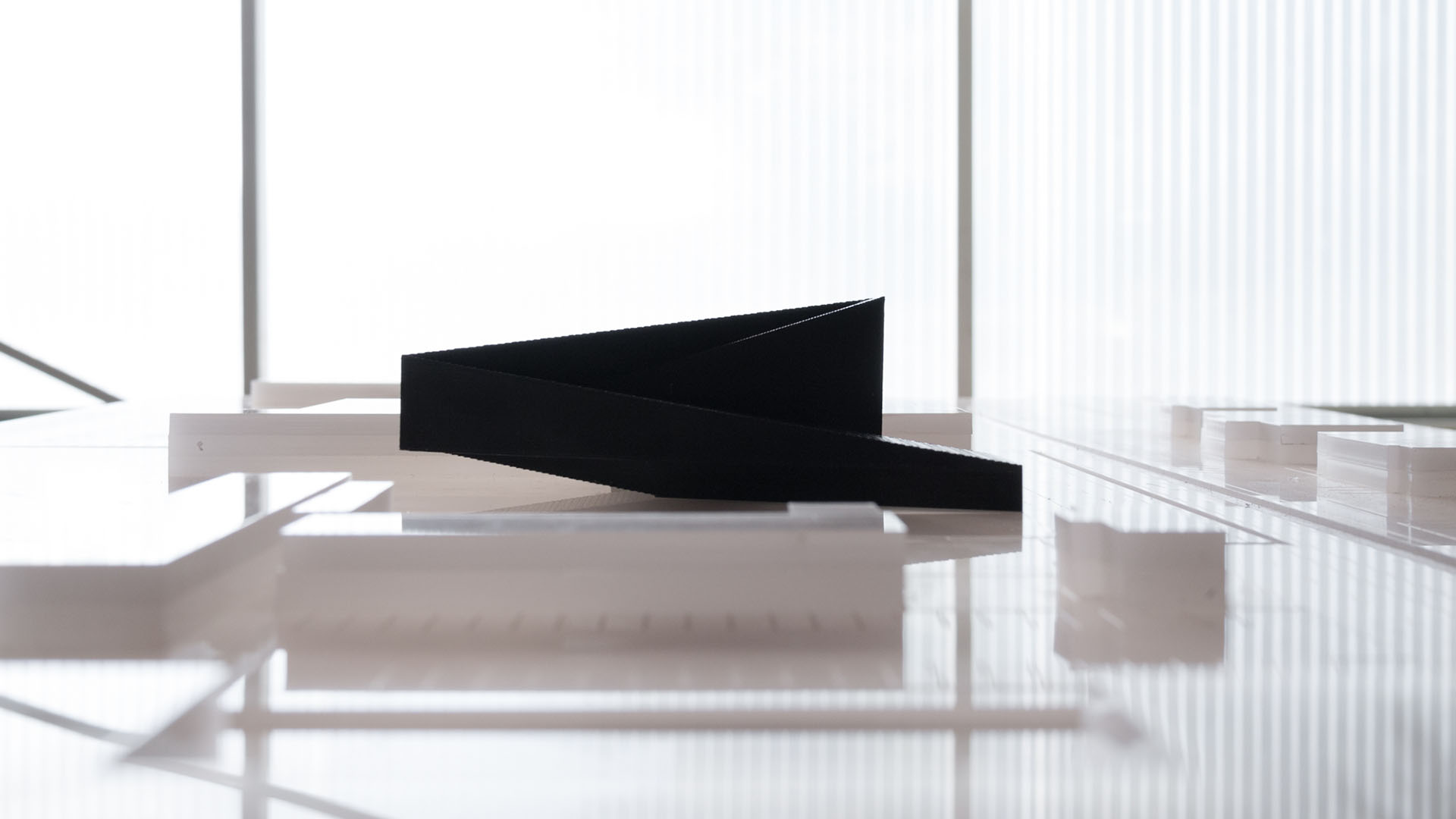 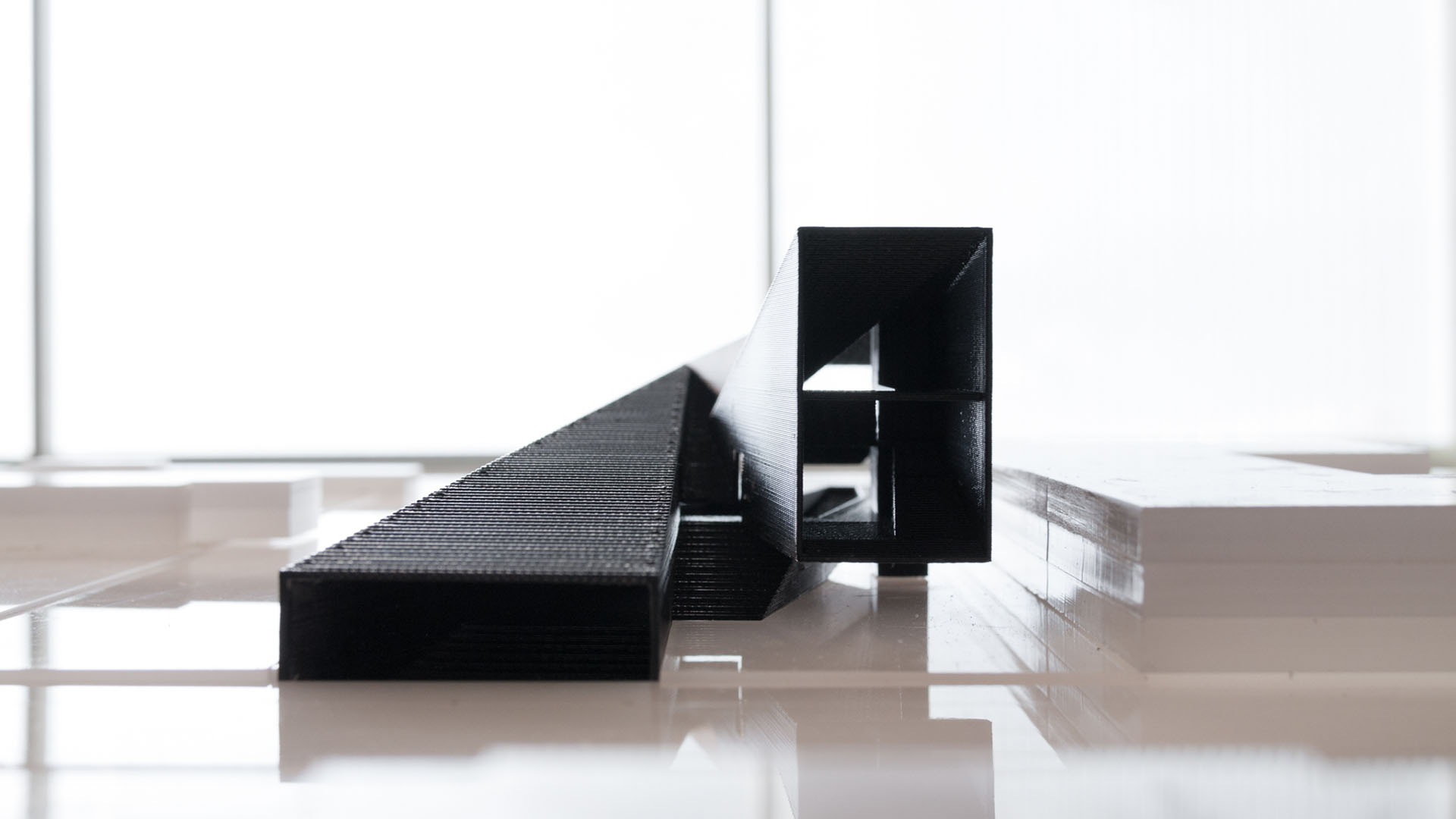 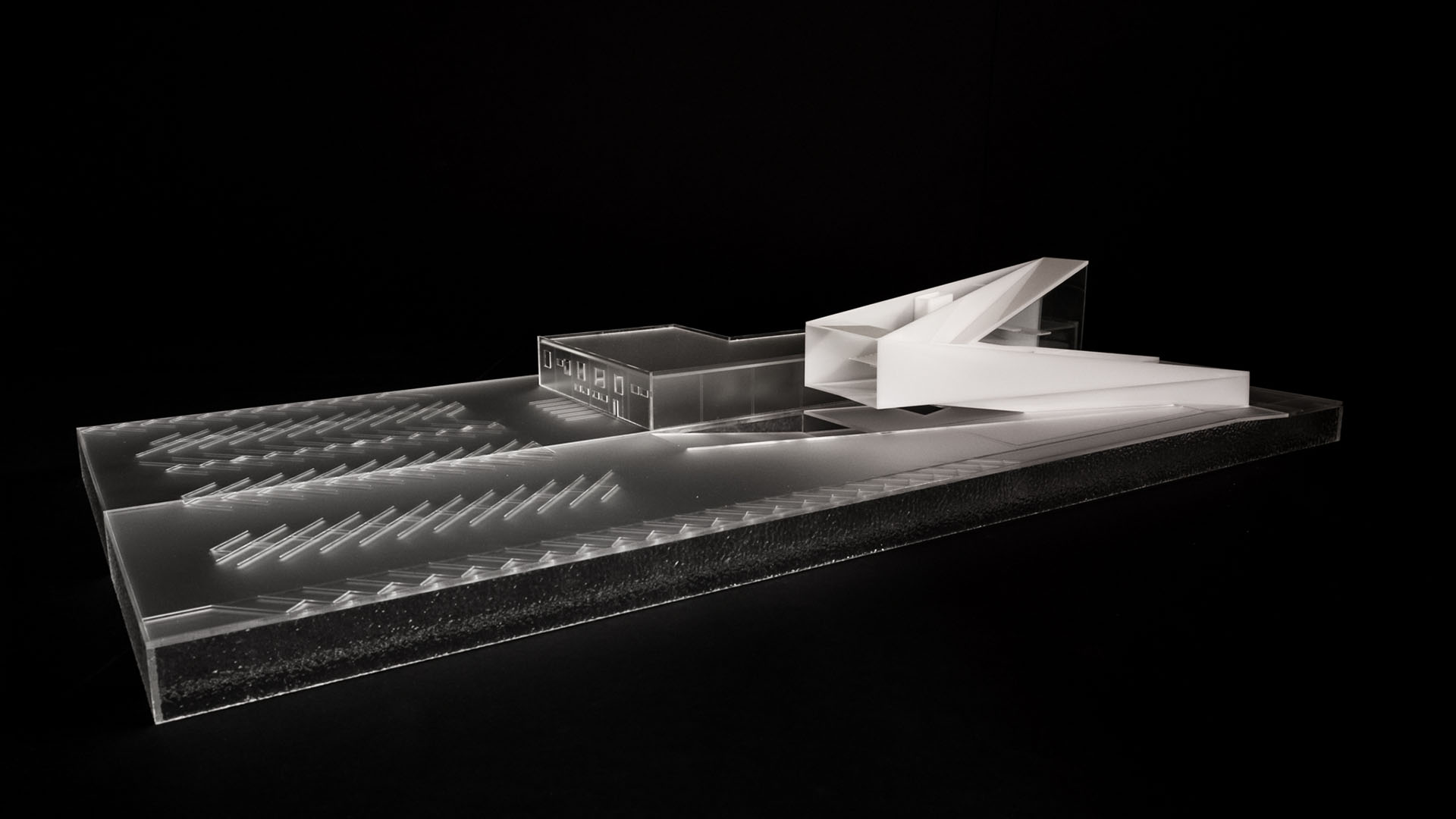 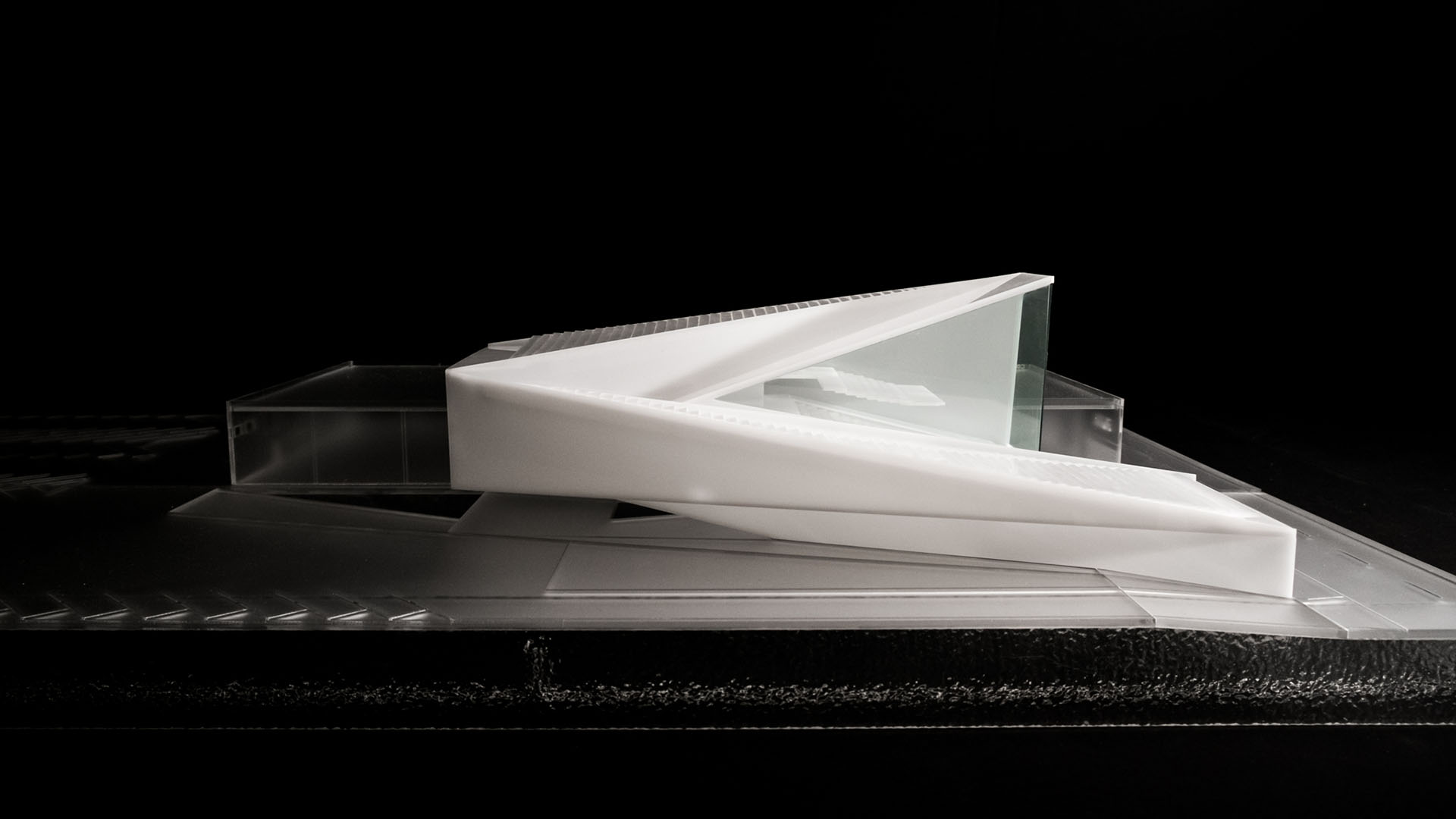 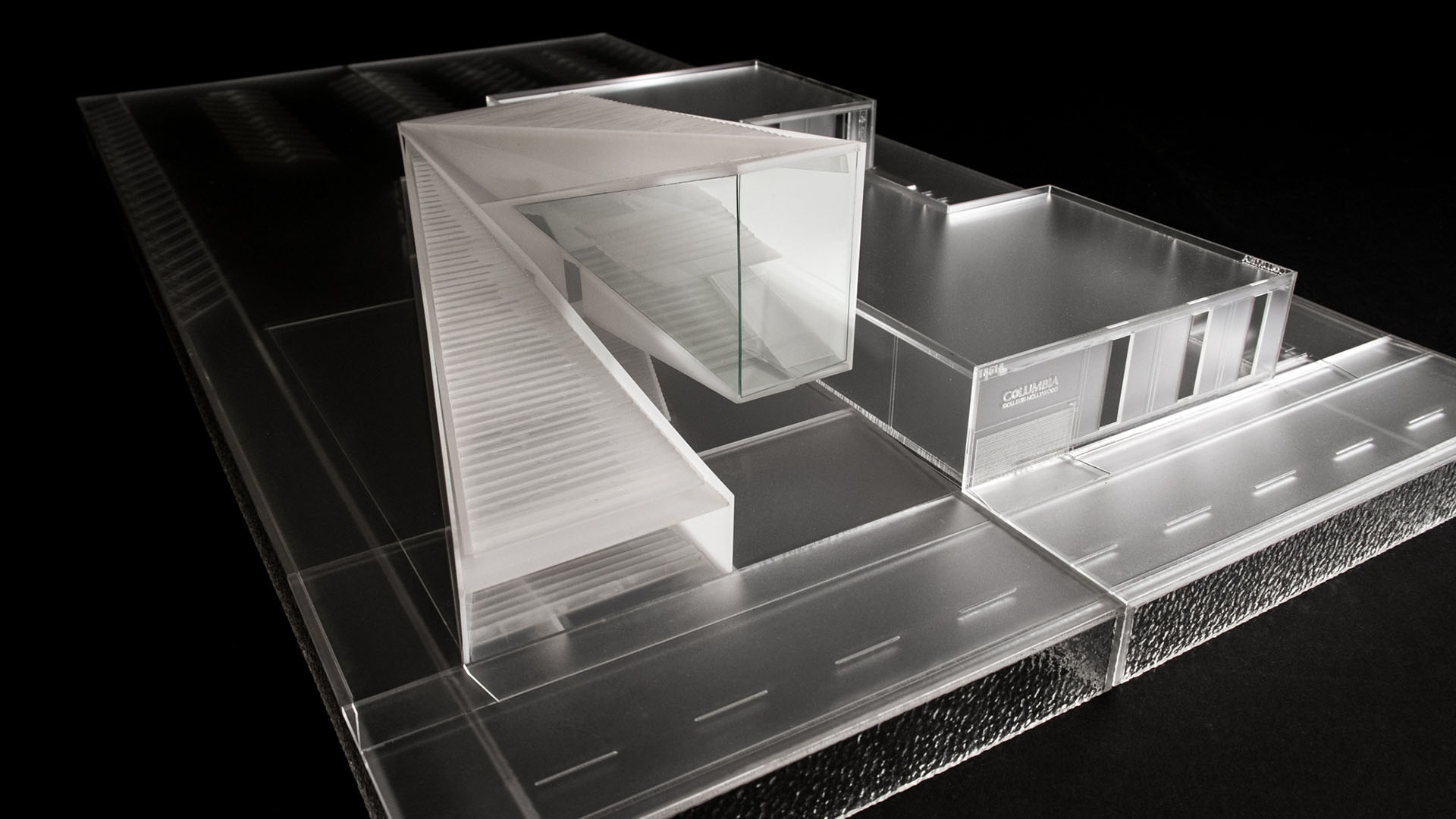 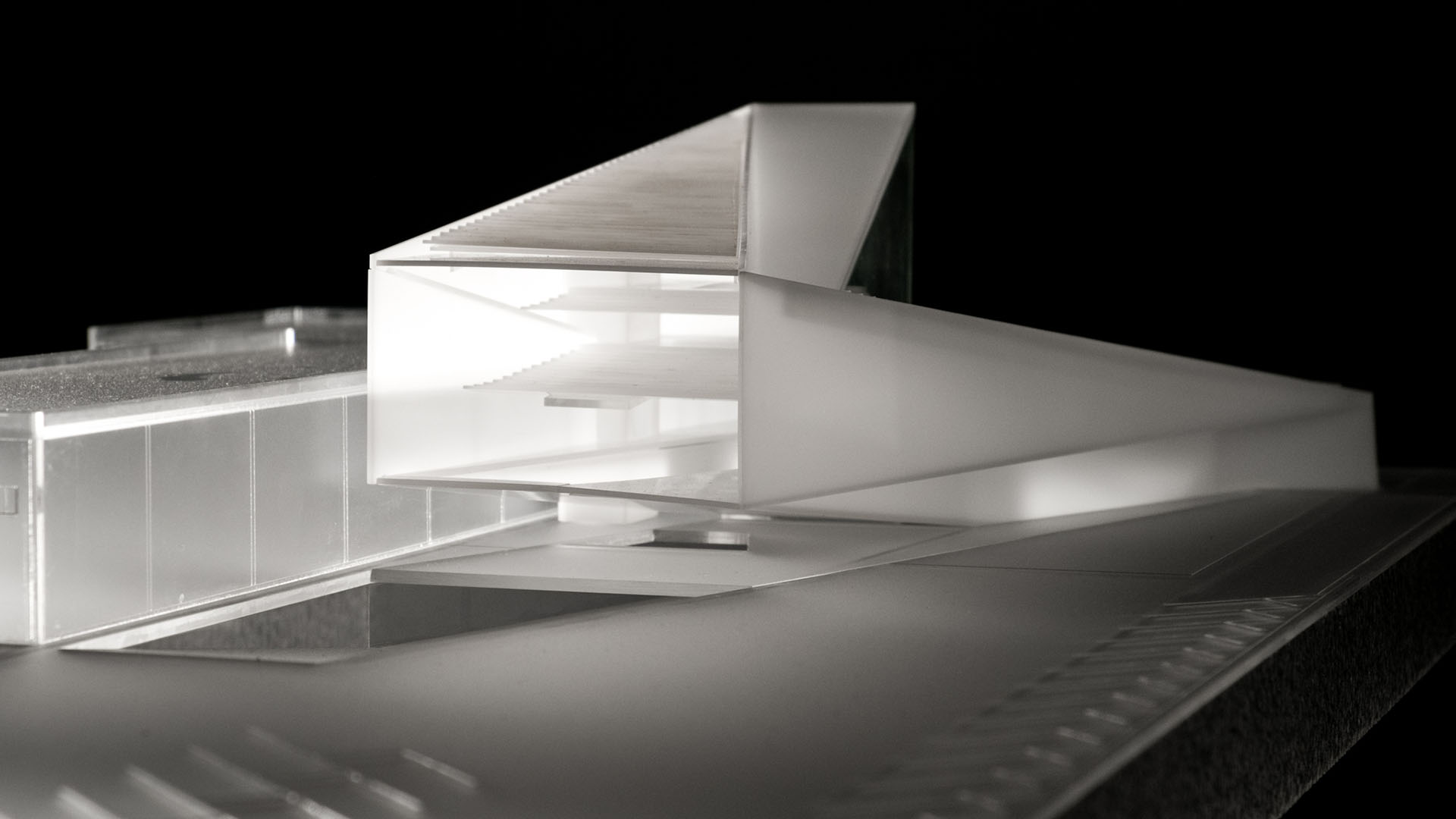 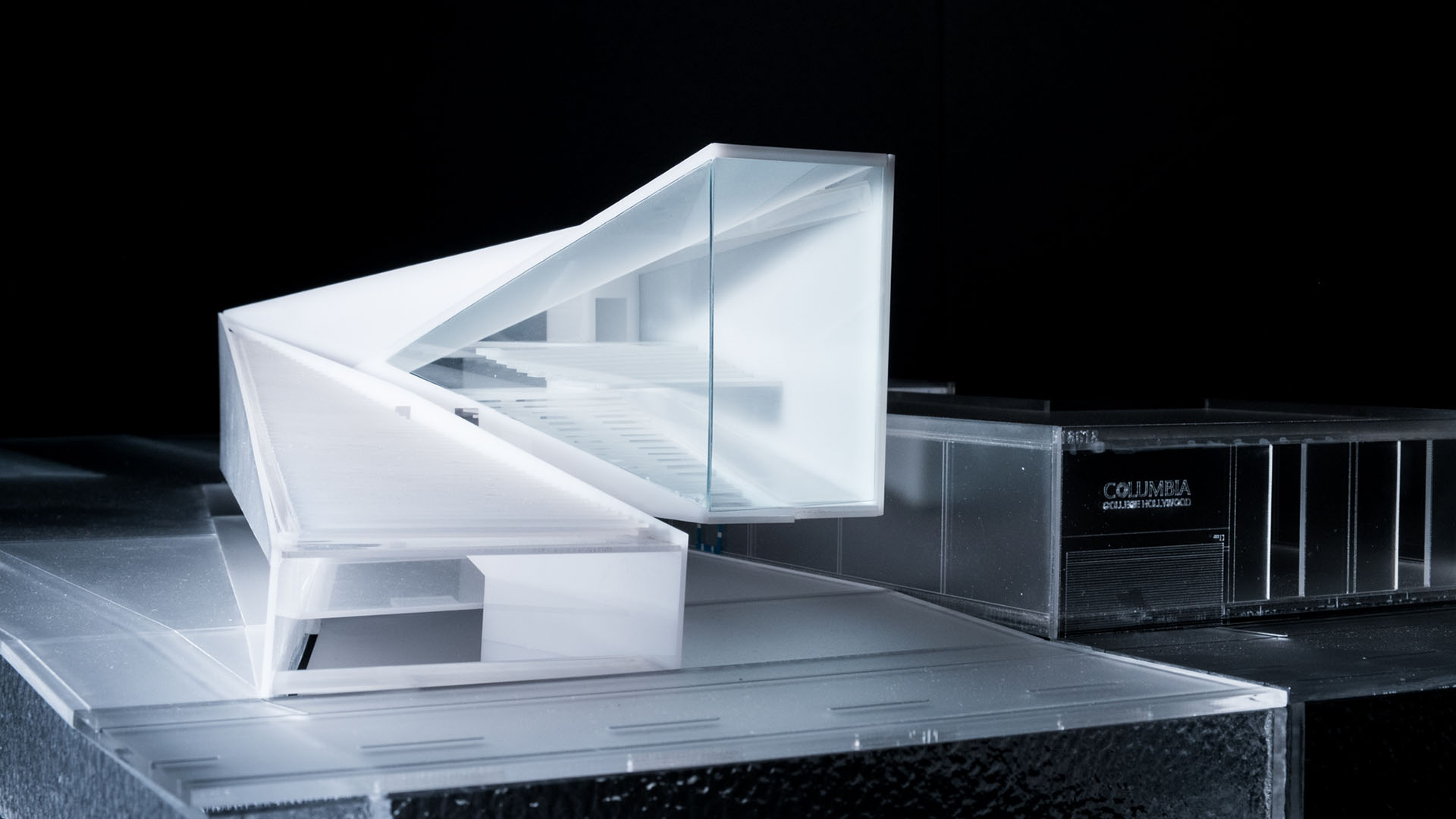 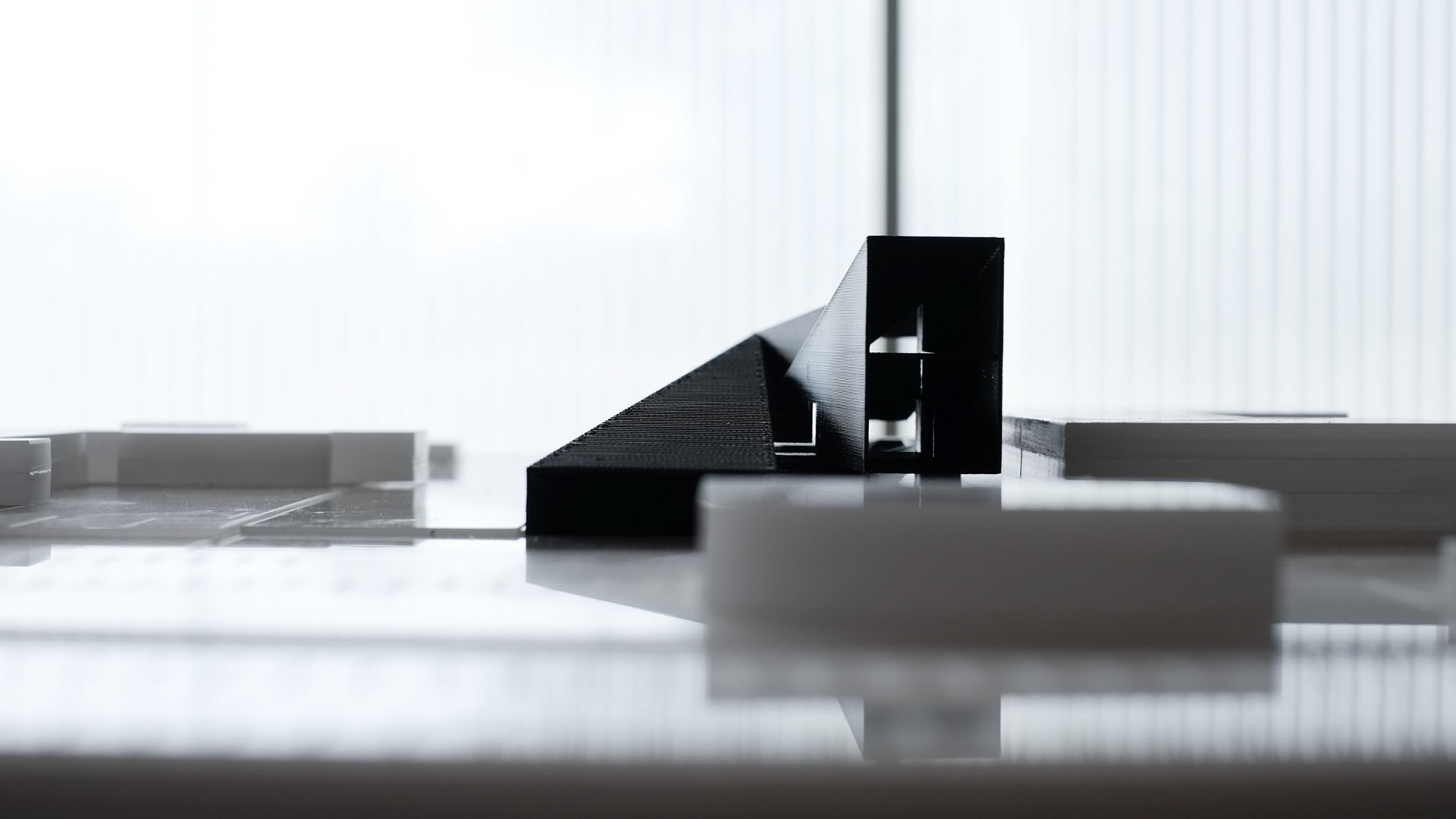 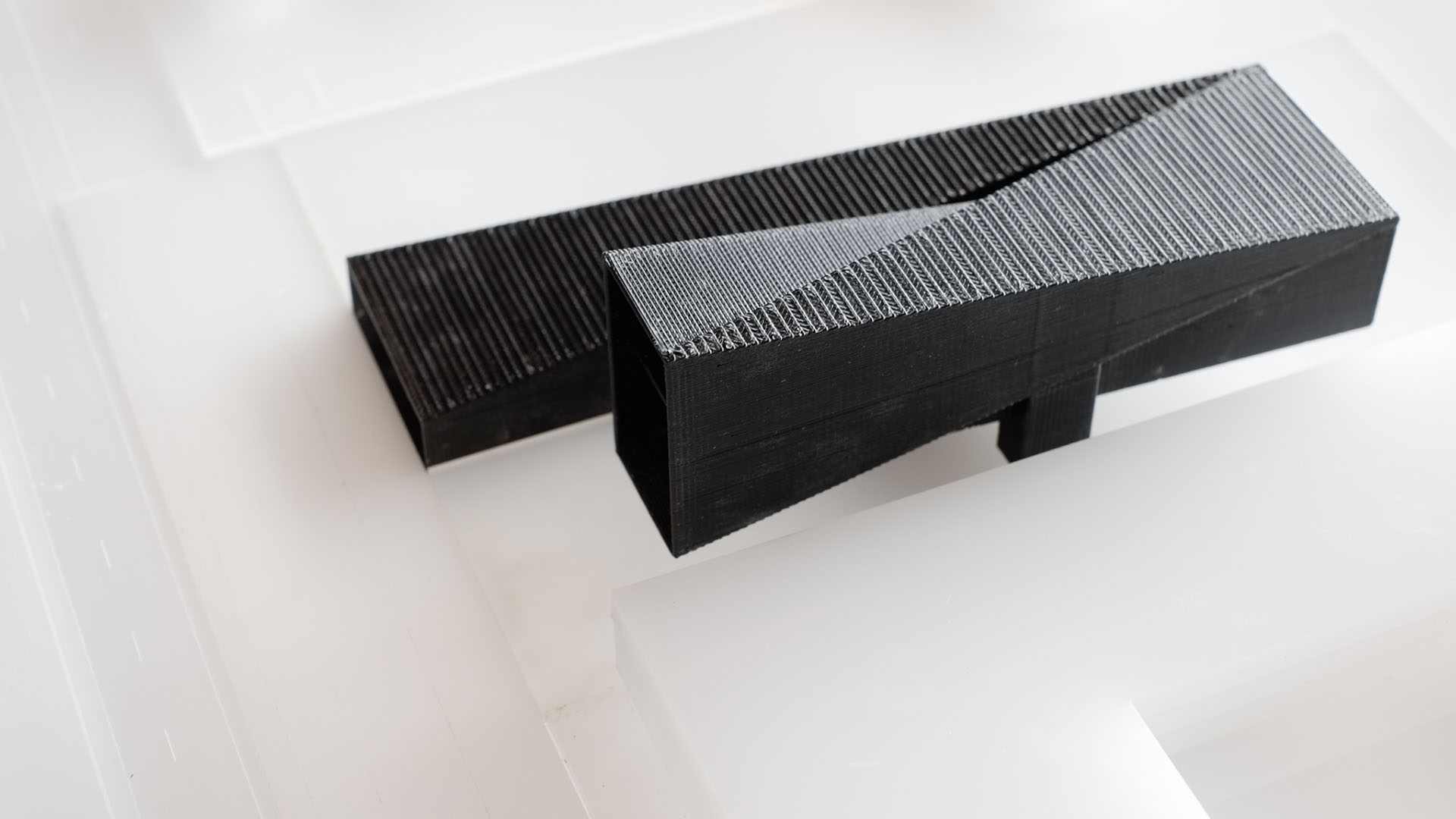 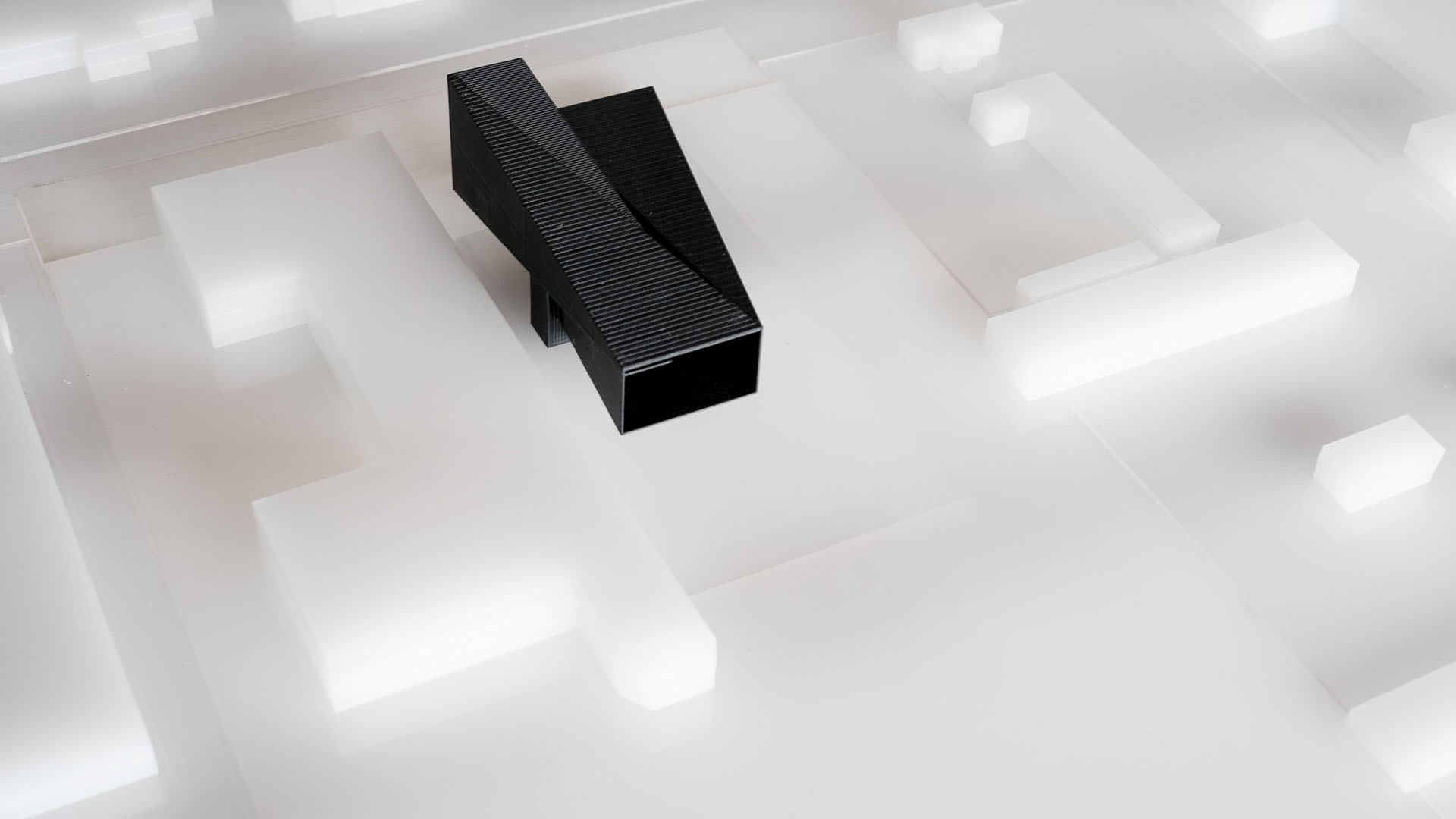 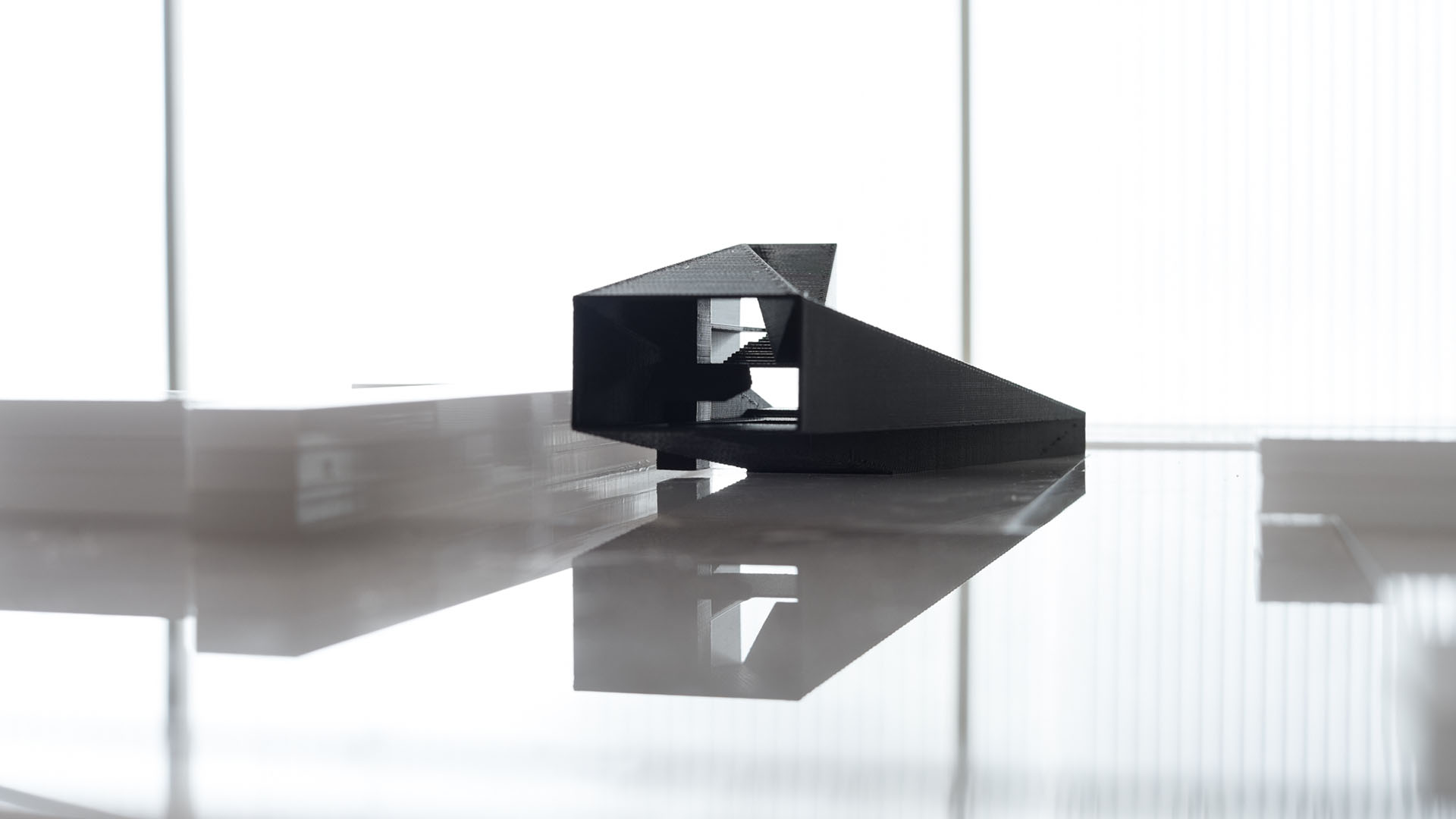 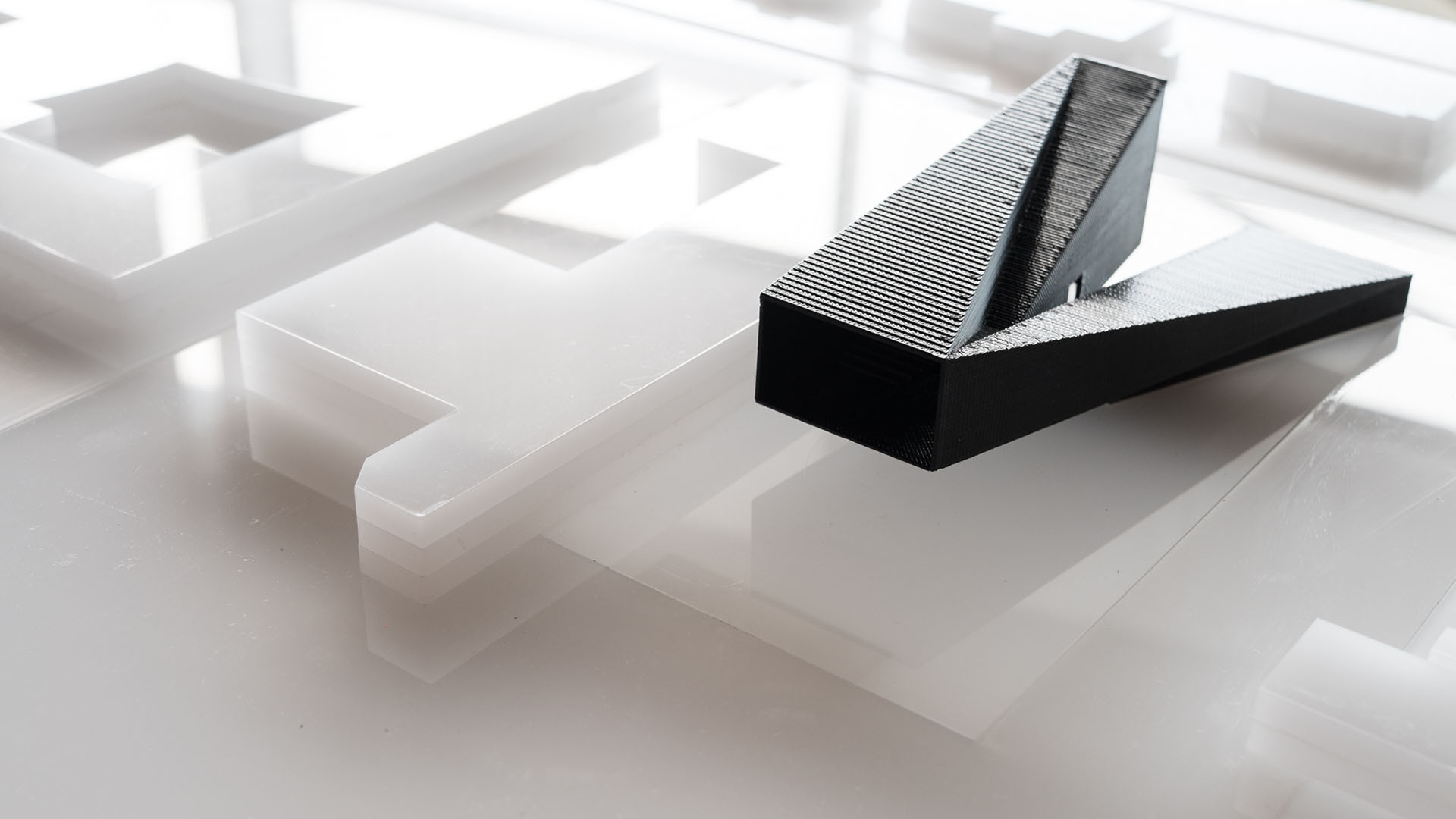 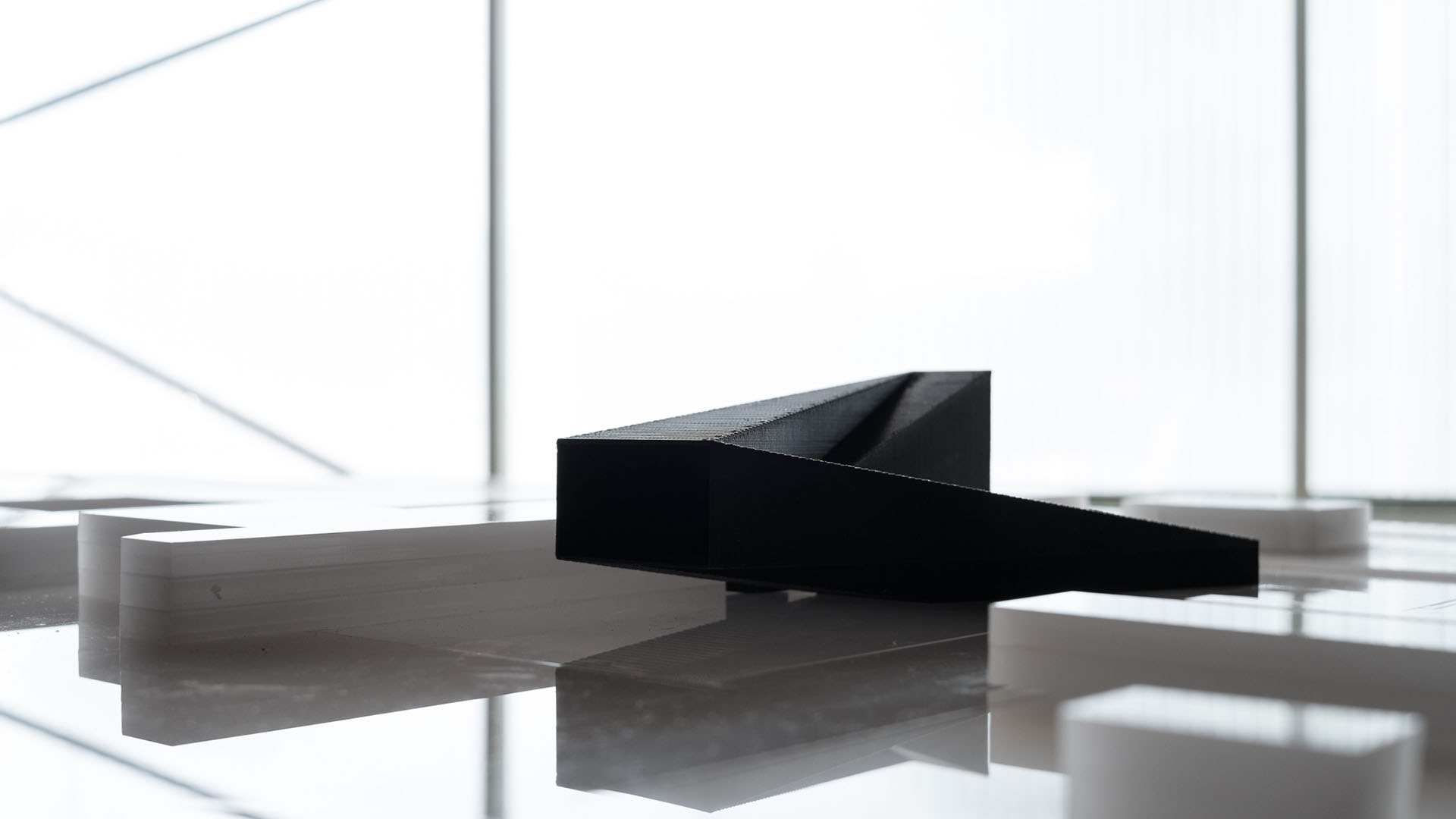 The mechanics and geometry of projection informed the earlier scenarios, but become more radically definitive in the final scheme. In particular, we developed a model of conical sections that correspond first with the pyramidal cone of projection (the ‘umbra’) and its resultant cone of light reflected off of the screen (the ‘penumbra’). In addition to their complementary geometries, the umbra and penumbra of projection are polarized in architectural terms: the umbra must be vacant for the projected image to reach the screen uncompromised; the penumbra defines the area of best viewing, and should therefore be maximally occupied. Of equal interest for us, the umbras and penumbras of projection may each be multiplied and overlapped though themselves (e.g the double umbra of cross-projection), but never one through the other.