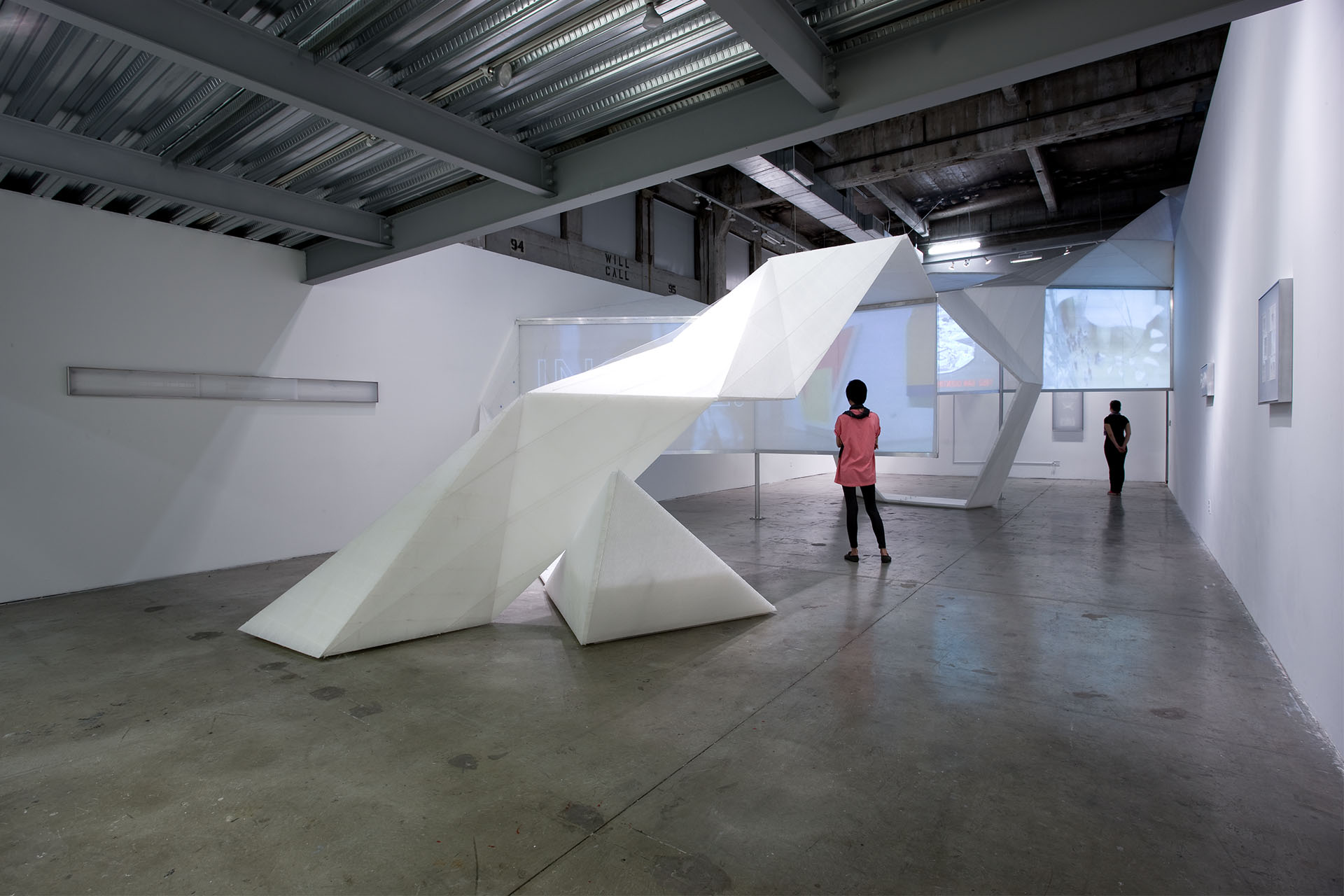 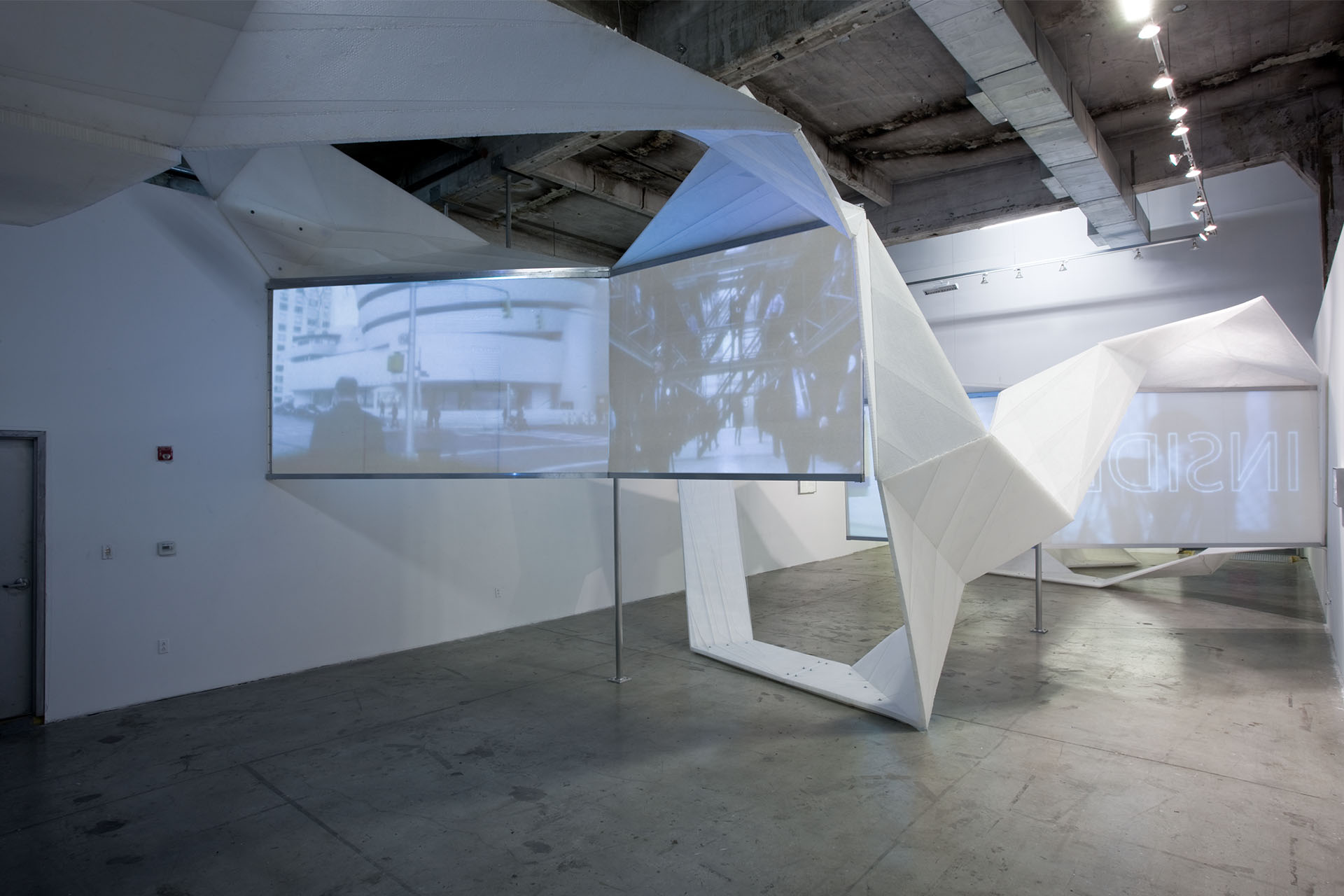 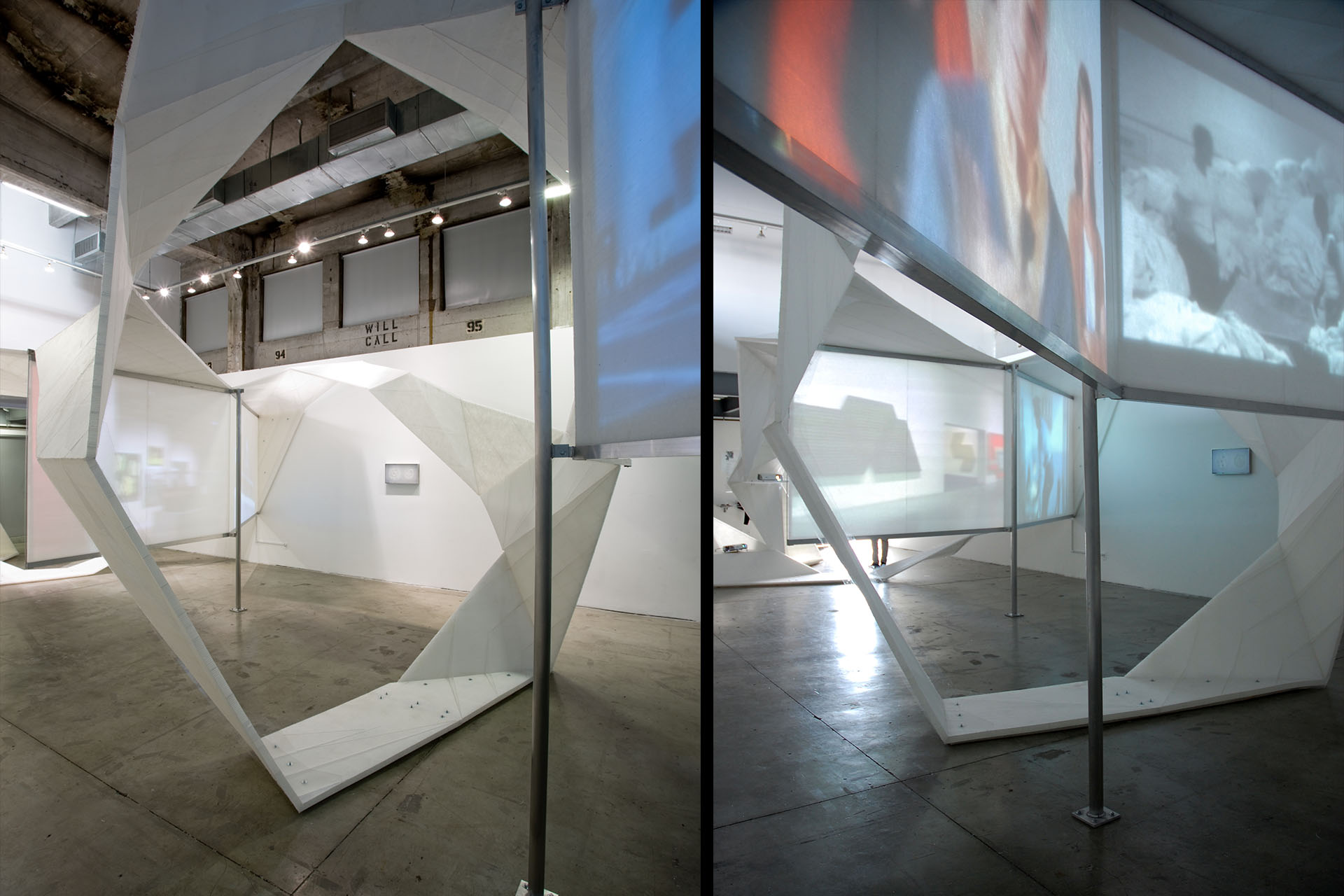 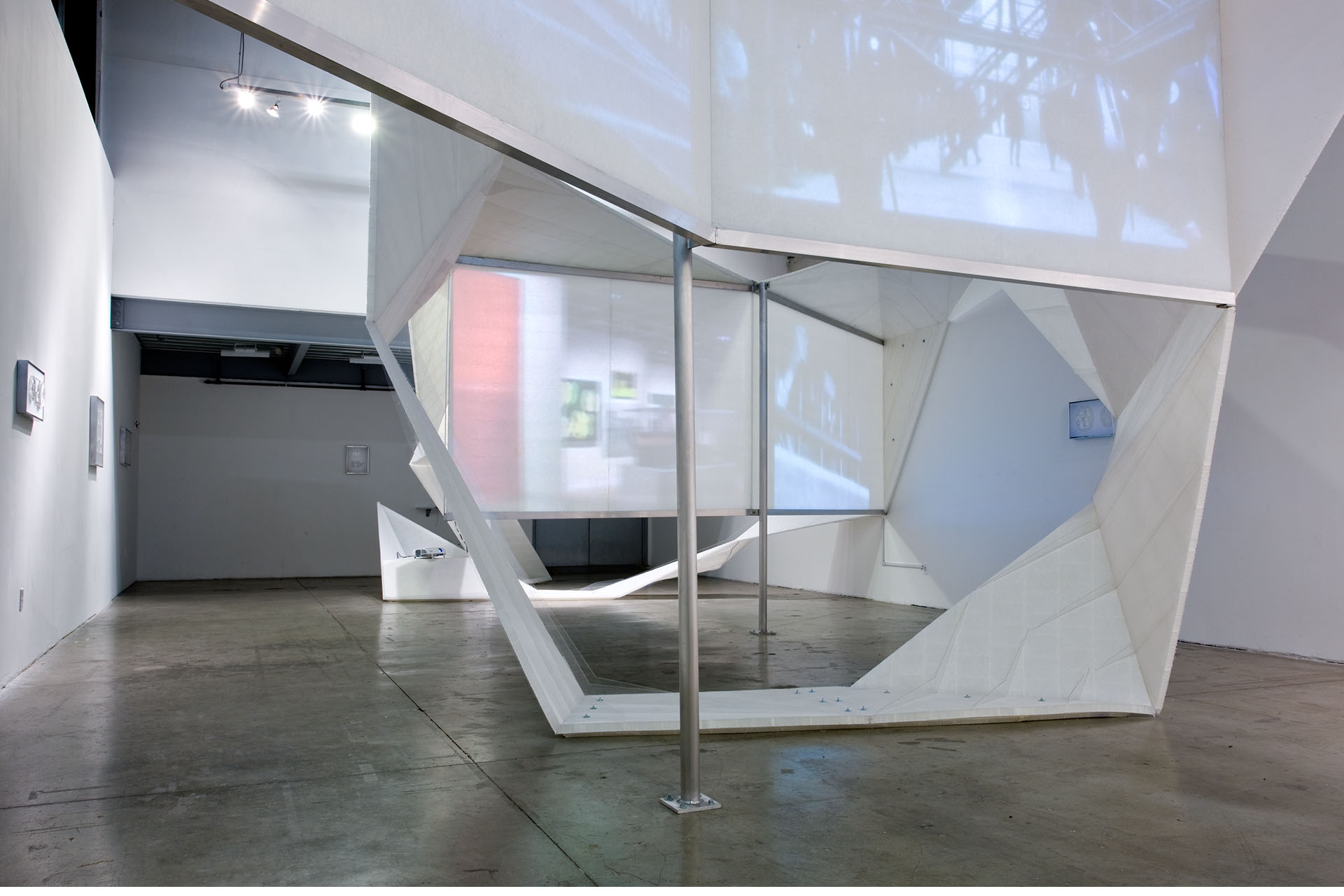 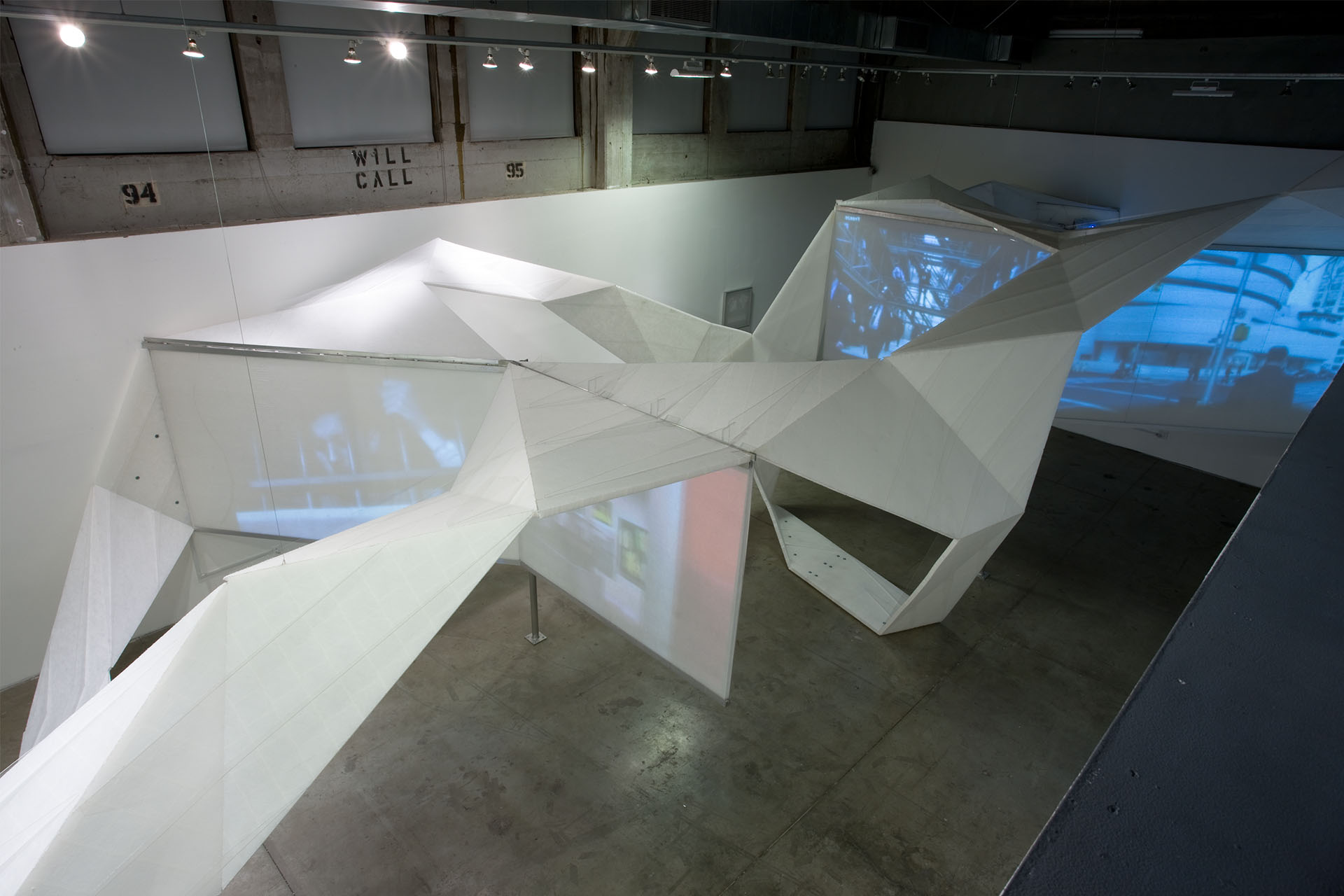 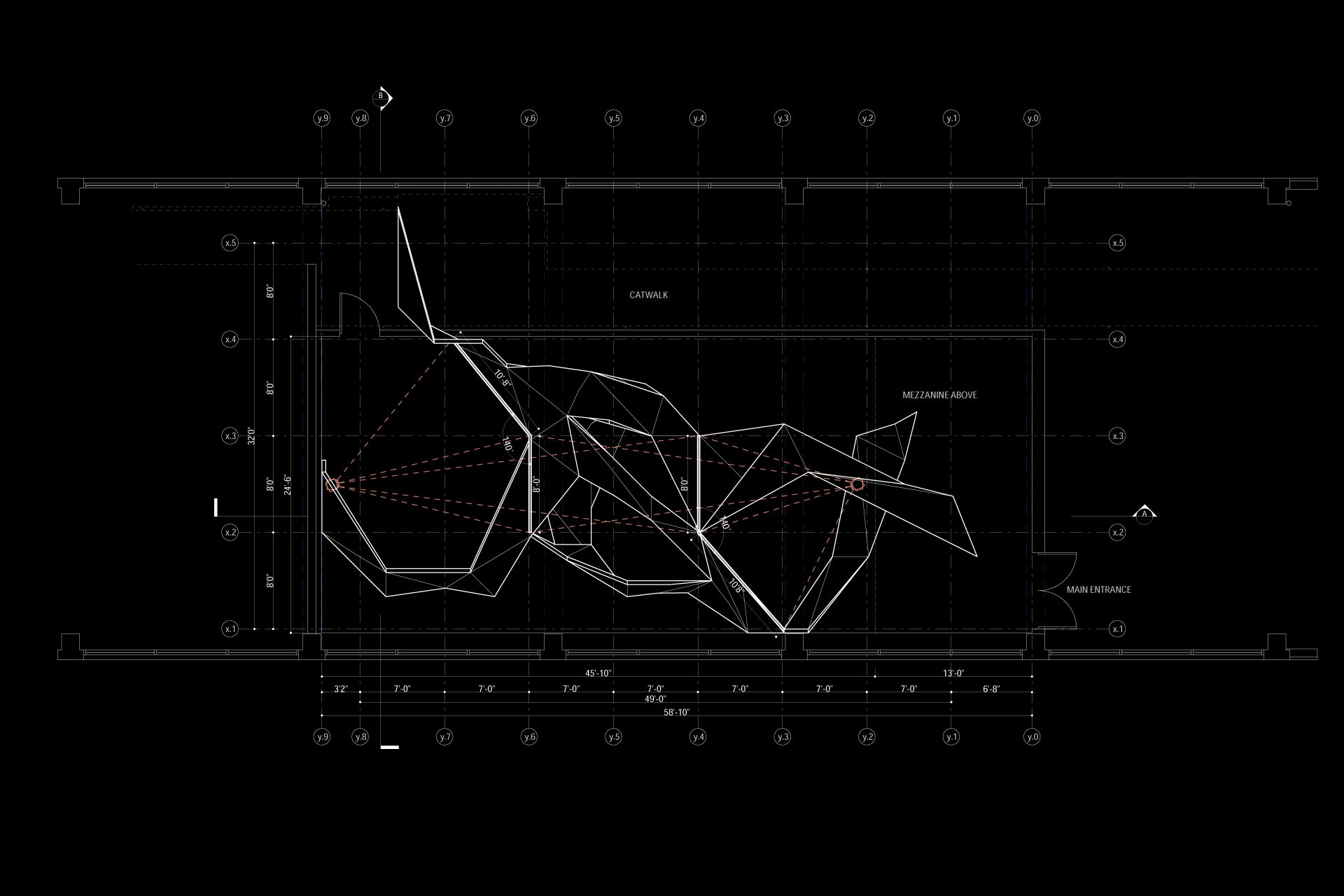 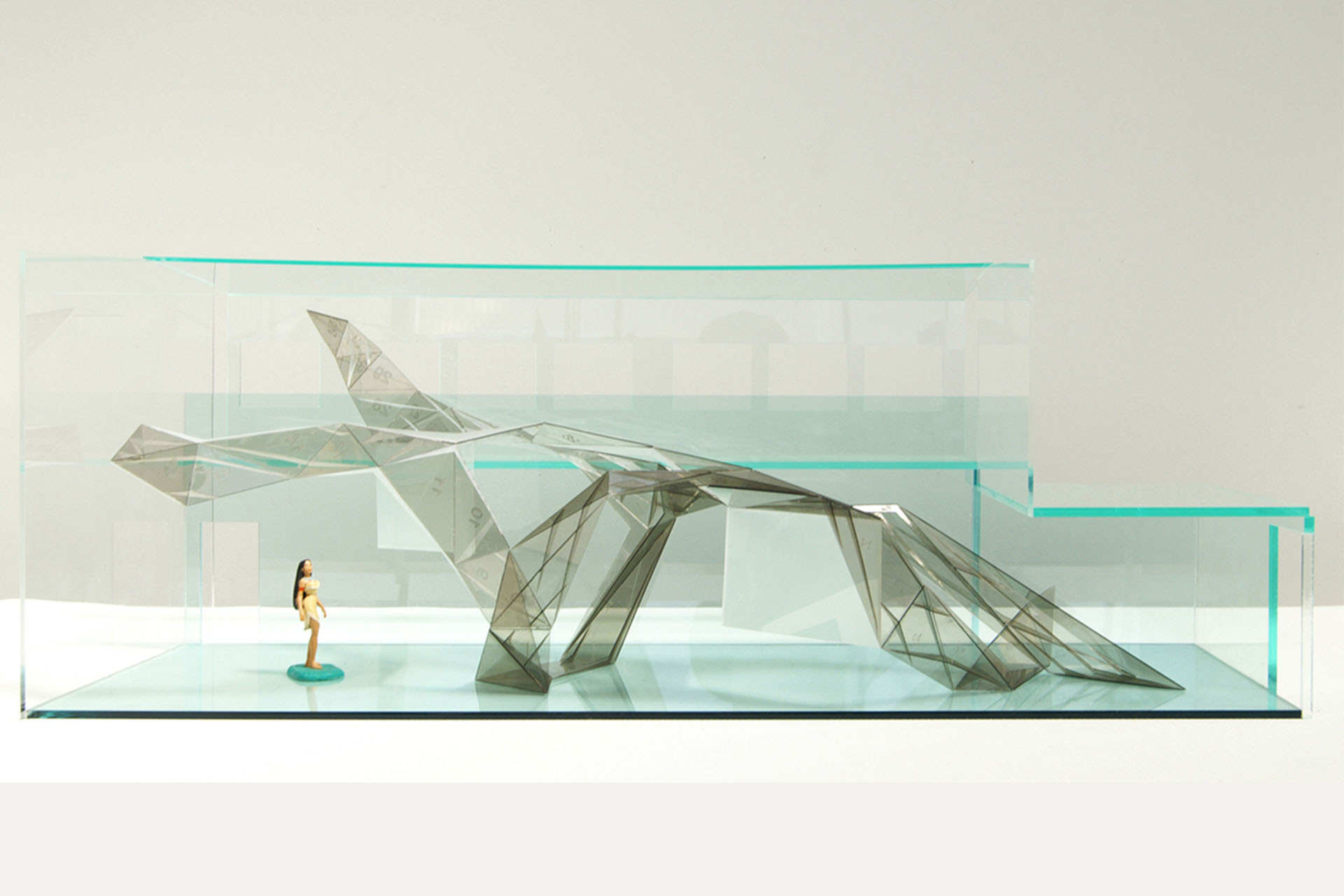 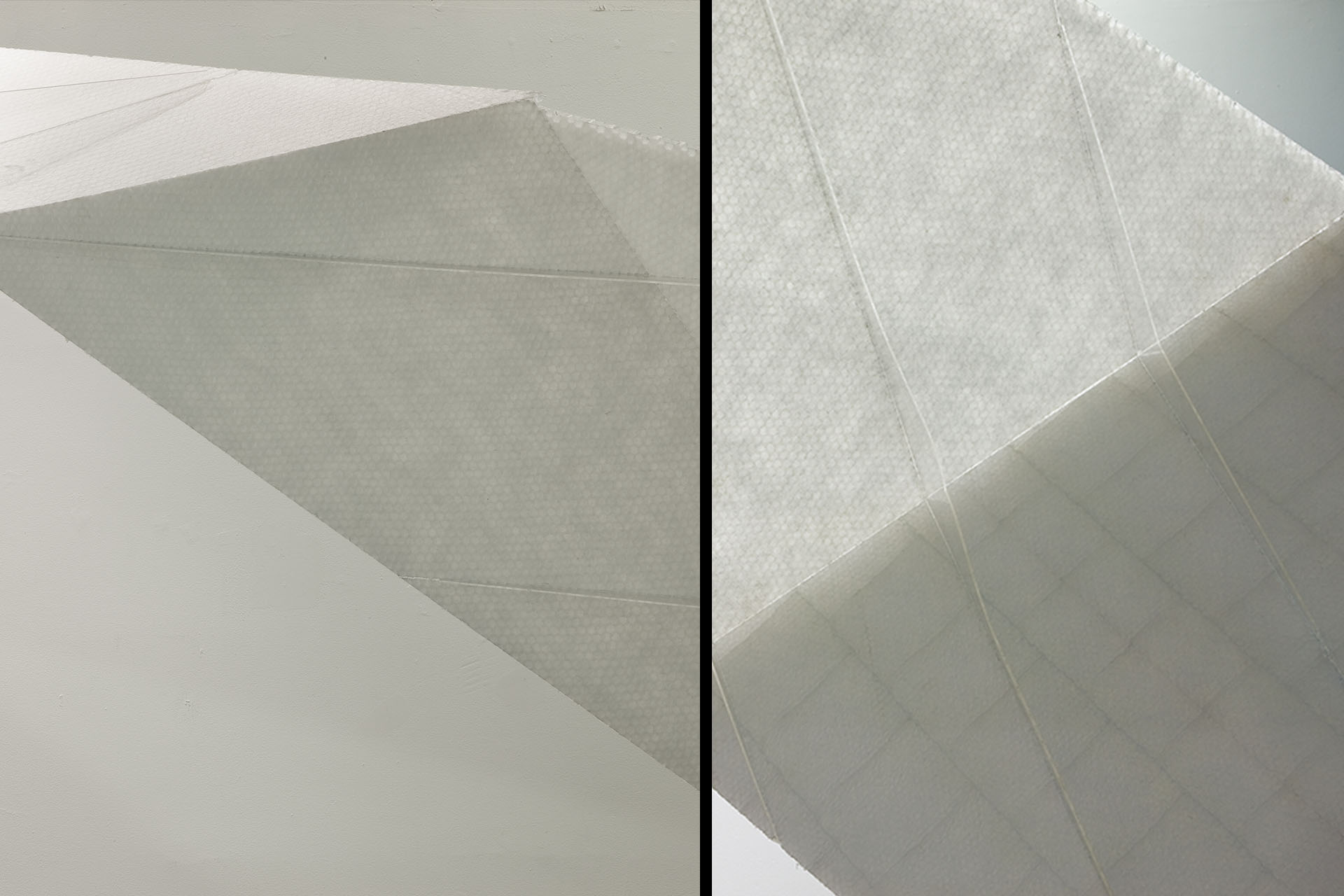 Within and without Architecture?
Blow x Blow stages a bout between two trends in exhibition: the claiming of gallery space by architects, and the ceding of that space to the ambient possibilities of new media. To chart this collision, techniques of cinematic projection and scripting are repurposed to spur new orders of spatial and structural sequencing, and new environments for communing with new art.

The installation derives first from the filmic, rather than architectural, relationship between script and projection – the former usually serving as the template or pretext for filmmaking, and the latter its (increasingly historical) mode of delivery and final fruition. Projection precedes script in our equation, with the parameters of the projected image ‘cast’ in roles of formal generation.

The title Blow x Blow alludes to a few ‘blown’ opportunities, including Antonini’s Blow Up (1966), Gordon Matta-Clark’s Blow Out of 1976, and George Yu’s earlier pneumatic installation in the SCI-Arc Gallery, also titled Blow Up.

‘Bounce-line’ scripting, in which a single projection-based vector is allowed to rebound ad infini- tum through the space of the gallery, evolved in two more disciplined directions. First, the space of the gallery was reconceived as a 6’x7’x8’ gridded frame, the proportions of which allow a 4:3 televisual image on one face, and a 9:16 cinematic aspect ration on the diagonal. (These dimensions also mimic those of a prison cell.) Within this matrix, a randomized 16-part vector path was developed in which each third vector point was triangulated back to its origin to create a continuous, facetted surface. A ‘braid’ of two of these paths supports two dual-screen projec- tion areas. Rather than simply blacking out the gallery, the spanning surfaces of the vectorpaths create a ‘grey room’ condition in which viewers may see each other, but projected images are shaded from clerestory exposure.